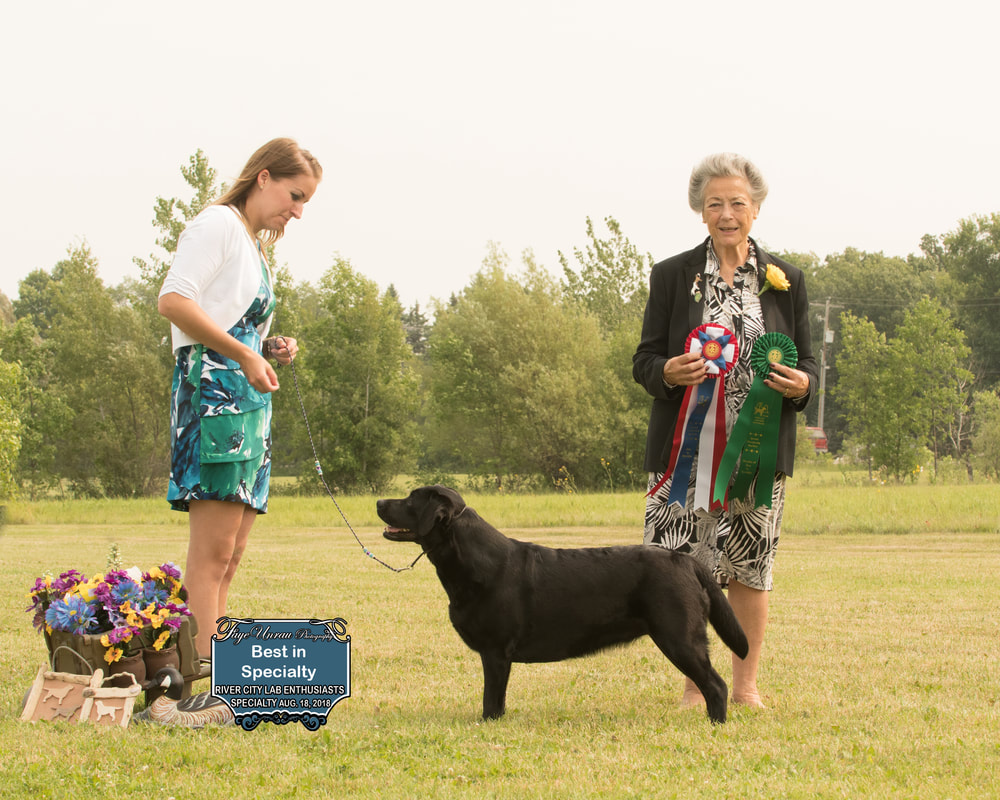 Aggie was our pick girl from our Sailor x Maggie litter. See below for her incredible show record! 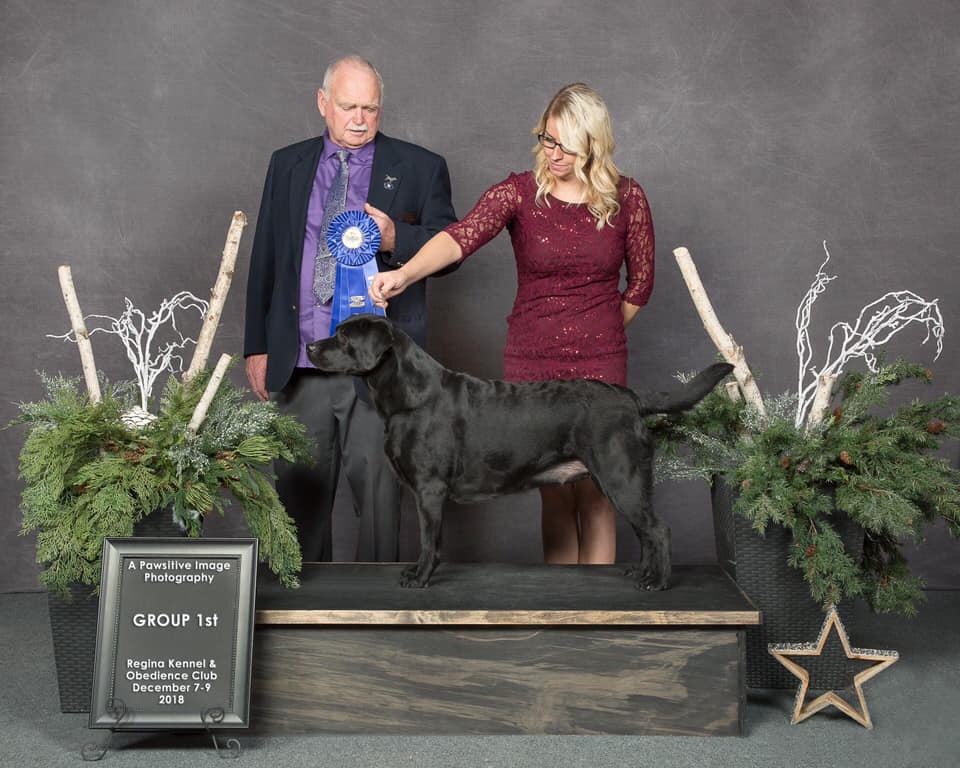 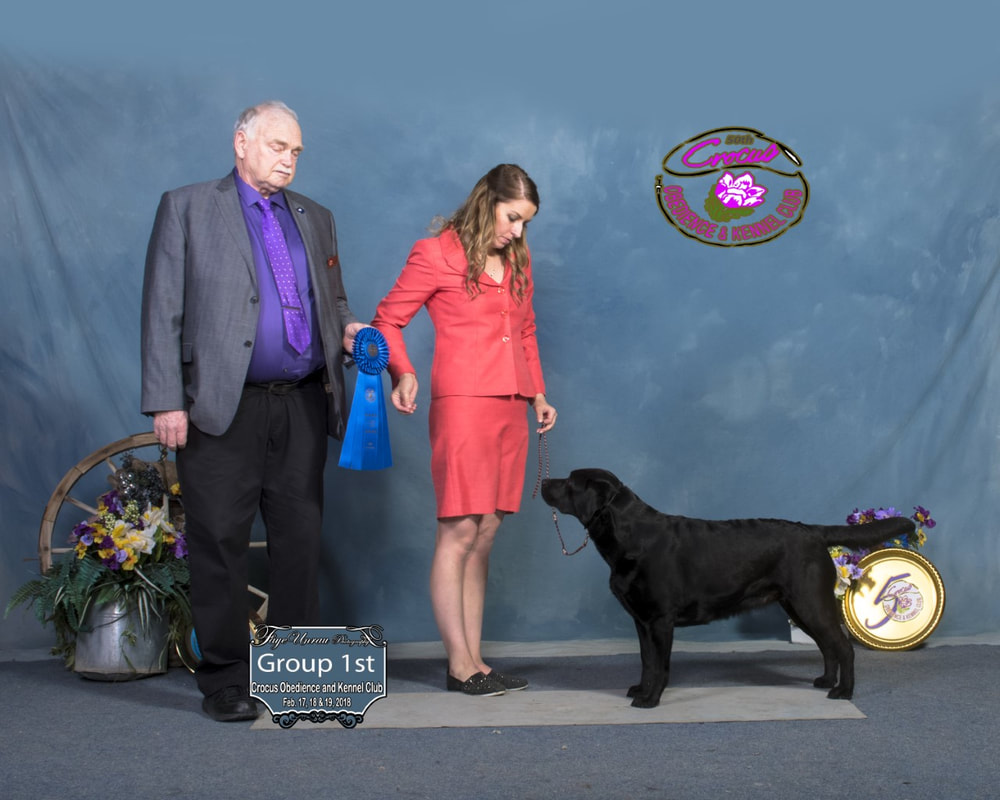 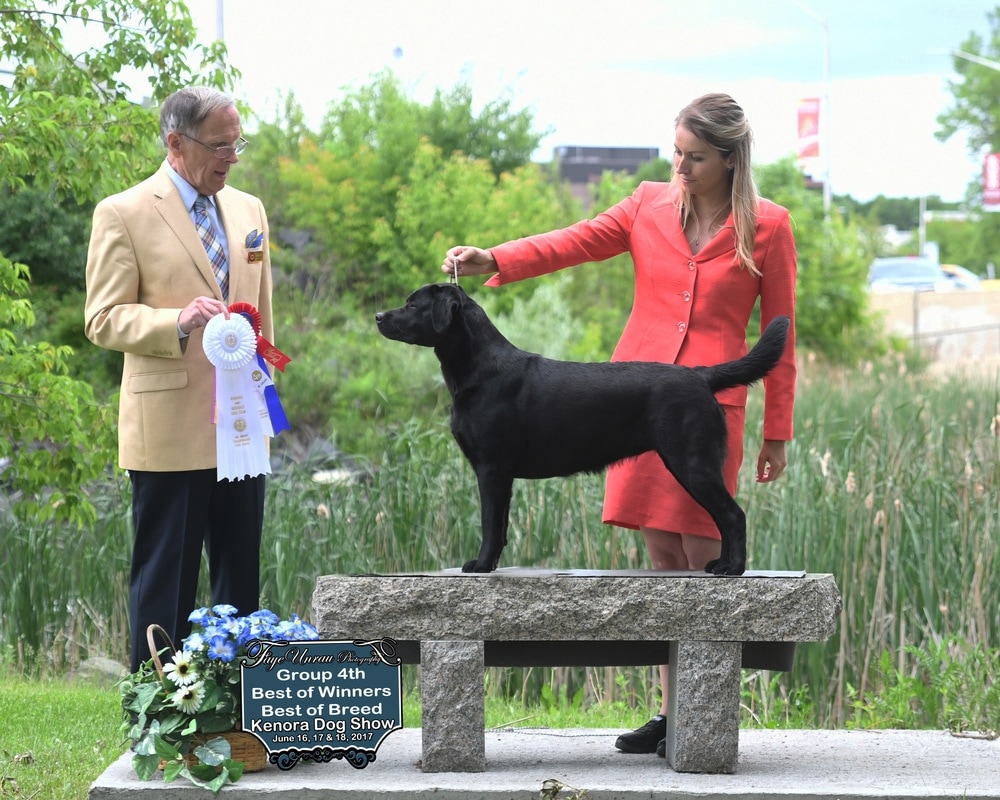 As a Junior puppy....
-Best of Winners, Best of Breed, Best Puppy in Breed for a 2 point major under judge Roberto Alvarez-Marquez at the Wheat City Kennel Club dog show on November 13, 2016.

As a 12-18 month bitch...
-Winners Bitch for 1 point at the spring LKC show
-1st in class, LRCM Specialty under judge Terry Gains (Gainspride)
-Winners Bitch/Best of Winners/Best of Breed/GROUP 4 under William Byrne at the Kenora Dog show (3 points)
-Winners Bitch at Kenora (1pt)
-Group 3rd x 4 for her final 3 points (+1 security point) to finish her Championship at the June Thunder Bay KC show!

AS A SPECIAL....
-BOB x 3 and a Group 3rd at the Lakehead Kennel Club July show
-BOS x 4 including at the Manitoba Sporting Dog Specialty at the MCA shows in August. At this point Aggie has 16 Grand Champion points.
​-Select Bitch for 2 points at the Caledon show on November 24th. 2 more to go! She also obtained her CGN at this show.

Aggie has remained steady in the Top 10 Labradors in Canada all year! 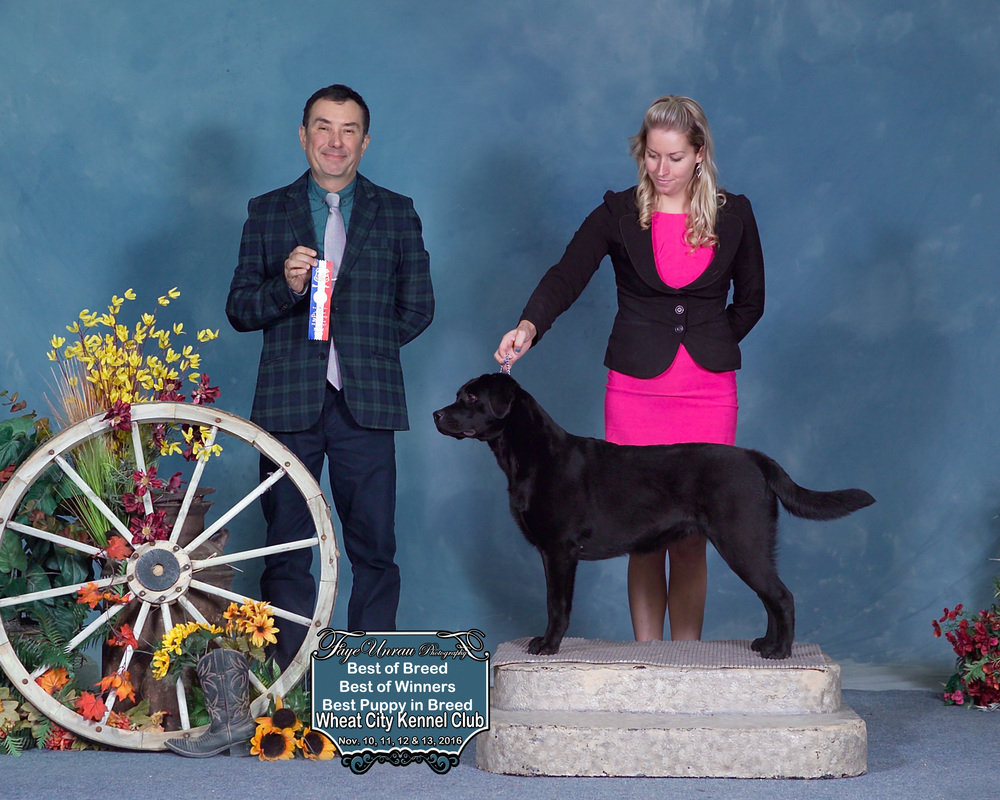